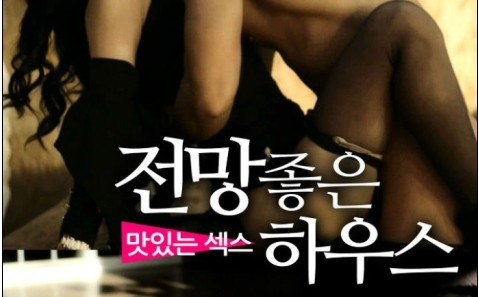 ◎译名: 美景之屋2/美味的爱
◎片名: 전망좋은 하우스 – 맛있는 섹스
◎导演: Mr. L
◎类型: 情色
◎制片国家/地区: 韩国
◎语言: 韩语
◎上映日期: 2014-02-20
◎片长: 68分钟
◎又名: House With A Good View – Tasty Sex◎简介 Dong-won and Mi-ae have been married for 8 years. Ji-yoon moves in next door. Mi-ae has to work and Dong-won doesn’t and she relieves her stress outside with other men. Dong-won doesn’t know this and waits for her to come home every night so he can have sex with her. One day Mi-ae comes home after having sex with someone else but is annoyed at her husband asking for sex.
Ji-yoon has a boyfriend. She sees him with another woman one day but can’t break up with him. She moves to try and fix the fling of his, right next to Dong-won and Mi-ae. She gets close with Dong-won as he helps her lift boxes and they end up having sex. They fall for each other as time passes and Mi-ae starts thinking her husband is neglecting her…